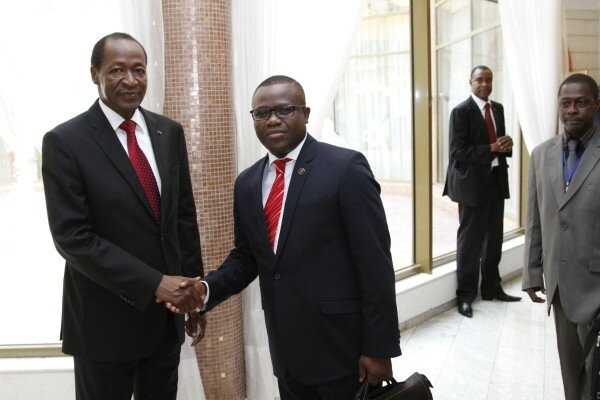 The Burkina Faso-hosted African Forum on Best Practices in ICT has issued a declaration in support of the dotAfrica initiative, stating its benefit to the African community.

Global attendees at the conference held last week released the Ougadougou Declaration under the patronage of Blasie Compaore, president of Burkina Faso.

The document expresses support towards the establishment of a generic top-level domain (gTLD) for Africa – dotAfrica – under the supervision of the African Union Commission’s choice of the ZA Central Registry (ZACR).

HumanIPO reported in August on the release of a reserved names list, with africa.com one of the most popular domains.

Calling on all members of the African community to support the initiative, the declaration clarifies dotAfrica’s potential to benefit the African internet community.

Koffi Fabrice Djossou, Africa liaison for the dotAfrica project at ZACR, said: “The Ouagadougou Declaration is just another example of the tremendous support the dotAfrica initiative enjoys, and the growing excitement that is building as we approach the launch of this exciting new domain.”

The ITU has also announced its readiness to partner with the ZACR to aid governments in building the necessary capacity to take advantage of gTLDs as part of the dotAfrica TLD.

The declaration also addresses the International Multilateral Partnership against Cyberthreat, among other projects.

The dotAfrica movement started in 2002, aiming to establish a single domain name for the promotion of the people, businesses and cultures of Africa on the internet.

The ZACR also conducts a national project in South Africa under which city domain names are being reserved and activated for local benefit.