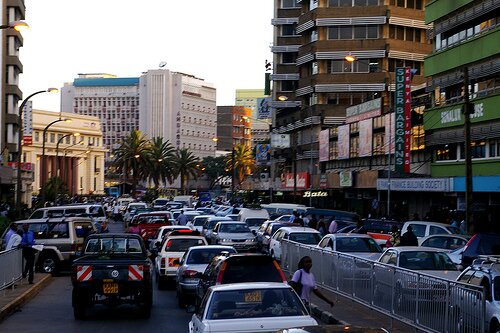 “We have availed our huge database of video feeds captured of on our 36 CCTV cameras covering various strategic roads within Nairobi and Mombasa,” said Kris Senanu, managing director of internet at AccessKenya Group.

Uyi Stewart, chief scientist of IBM Research Africa, said Nairobi stands to benefit immensely from the use of technology to manage their transport systems more effectively.

“As one of Africa’s grand challenges, improving human mobility across Africa through the use of intelligent and analytical technology will remain a key focus of our lab which is set to be inaugurated in coming days,” Stewart said.

The Kenyan economy loses more than KSh50 million (US$583,000) in productivity due to traffic congestion and 400 cars are added to the roads daily.

“This initiative therefore drives great value to both IBM and AccessKenya Group, as a practical solution to a common problem that will benefit the driving public,” said Senanu.

Users in Kenya can sign up for the service by dialling *384*3# on their mobile phones with the pilot programme being tested in Nairobi.

The new service is similar to Ma3route, a Kenyan startup which crowdsources transport data and provides users with information on traffic, matatu directions and bad driving reports.

The service is popular in Nairobi where it has been endorsed by phone giant Nokia, including the app in its new range of Nokia Lumias sold in the Kenyan market.

The traffic app recently launched new features allowing Kenyans to form “road teams” to inform each other on the condition of traffic in their regions.

Speaking to HumanIPO during PIVOT East 2013, Laban Okune, Ma3route founder, said the Ugandan authorities had invited them to develop the same concept for Kampala.

“We just need to perfect our model here in Nairobi first before we can move to Kampala. If all goes well next year (2014) February is something we can work on.”