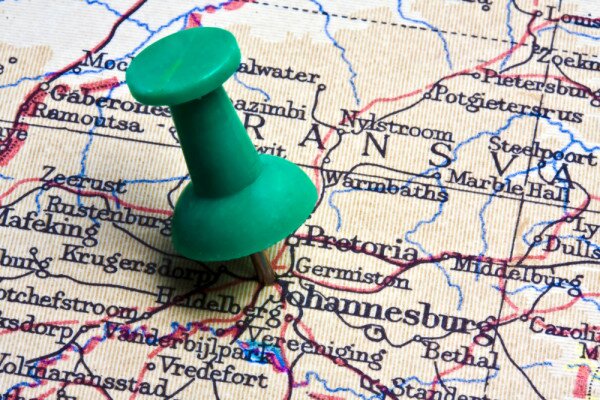 The Congress of South African Trade Unions (COSATU) in Gauteng has declared today “Black Tuesday” for the poor and the working class after the launch of e-tolling, promising civil disobedience against the policy.

HumanIPO reported earlier today the controversial e-tolling of Gauteng’s highways by the South African National Roads Agency Limited (SANRAL) had begun after a court action against it was dismissed yesterday.

Dumisani Dakile, provincial secretary of COSATU in Gauteng, said in a statement that the launch of e-tolling in the province signalled a turning point for democracy in South Africa.

“It will represent the day on which our government refused to listen to the views of the people and the poor,” Dakile said. “They have demonstrated their stubbornness and unwillingness to cooperate with workers and the working class. It represents a clear demonstration of cadres who have been power drunk and believe that they can do as they so wish.”

Opposition to e-tolling has been strong, with opponents such as the FFP, the Democratic Alliance (DA), the Opposition to Urban Tolling Alliance (OUTA), the QuadPara Association of South Africa (QASA) and civil rights organisation AfriForum all vowing to continue the fight against the controversial policy.

Dakile said COSATU would also fight on against the policy, even though it has gone live already, using tactics such as civil disobedience and hunger strikes.

“We wish to confirm that as COSATU, and all other working class formations opposed to the e-tolling, will continue to fight for the scrapping of the unjust system,” he said. “We will continue to mount campaigns on the freeways, hunger strikes, sit-ins, lunch-hour demonstrations, stay-aways and civil disobedience by not buying e-tags and also not paying for the e-tolls, as part of our programme moving forward, and also persuading all of those who have bought the e-tags not to register and not to open their account with SANRAL.”

He said that now the system had gone live COSATU hopes people would realise the need to join the mass protest and civil disobedience.

“The most important weapon now at our disposal is to refuse to cooperate with SANRAL and not to buy e-tags in numbers,” he said. “The success of the system depends on the cooperation and support from the public and motorists. We call upon all those who have registered to de-register and it is on this basis that as the federation we are developing a de-registration form to be used by the public and this will be posted on our website. We hope that the form will be accessible before the end of the week.

Meanwhile, transport minister Dipuo Peters said close to 800,000 motorists had registered for e-tags in time for the launch of e-tolling.

“As of yesterday, we have slightly below 800 000 e-tags that have been committed,” said the minister during a visit to the SANRAL operations centre in Midrand today.

“I would like to encourage citizens, particularly the users of the e-tolled roads in Gauteng to cooperate with [SANRAL] so that it can continue to deliver world class roads. Your cooperation can be demonstrated by getting registered, getting tagged and paying your toll fees.”

Peters also said critics of e-tolling had overestimated the costs of the monthly tariffs.

Approximately 83 per cent of light motor vehicle drivers will not pay more than ZAR100 (US$10) per month and 0.59 per cent of motorists in the same vehicle class will reach the maximum amount of ZAR450 (US$45) per month.

“These numbers have been derived from the actual vehicle data collected by the toll system. Again, those who oppose the project are free to do so, but even from the opponents, certain minimum standards are expected when it comes to engagement and debate,” she said.

HumanIPO reported earlier today South Africa’s ruling African National Congress (ANC) had called upon motorists in Gauteng to register for their e-tags in order to obtain discounted rates, and asked South Africans to refrain from lawlessness.