FEATURE: Does fear of failure hold back SA startups? 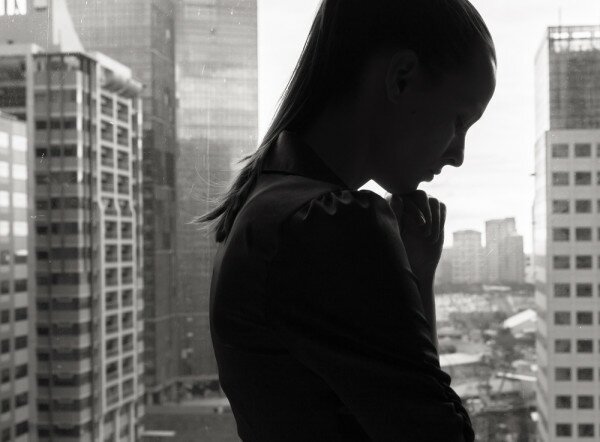 Silicon Valley has long tolerated failure, perhaps to the point of it being over-glorified. Yet the consensus of entrepreneurs in South Africa is that the acceptance of failure as a potentially necessary evil has not yet penetrated the mindset of startups in the country, with a fear of failure preventing entrepreneurs from pushing the boundaries as their American counterparts have done.

Failure has become an industry in itself in Silicon Valley. Schuyler Brown turned his own startup failure into a success by launching [email protected], which allows entrepreneurs to share their stories under the tagline “Failure is Fuel”. The site spiralled, and now hosts events and a weekly web video stream. It even sells DVDs.

But those who should know – entrepreneurs themselves and those that assist them – say this embracing of failure has not yet reached South Africa or indeed the rest of the continent.

Sylvia Brune, manager at 88mph and co-founder of 440.NG, has experience both working with startups and co-founding one herself. Runseedo, a platform for small children to share pictures, soundbites and videos with friends and family, was founded in April 2011 but failed within a year, which she said helped her “enormously” through the lessons she learnt.

“There are different ways to fail. I made a couple big mistakes. I overcomplicated everything, because I thought I could always make it better, predict user behaviour, and fundamentally didn’t understand how to build a mobile product. I had a part-time coder, whose mind was not in it. I gave up too quickly,” she said.

“It helped me enormously, although I continue to learn variants of those same lessons still. Knowing when to throw in the towel and when to push through is something hardened veterans find it tough to do.”

Brune said though there are far too many different African entrepreneurs to generalise, the Silicon Valley acceptance of failure was one aspect yet to become pervasive.

“People are scared of different things: embarrassment, going broke, too much responsibility, that they’re not good enough… I find the main difference between Africa and elsewhere is that attitudes most commonly found in entrepreneurs in US and recently Europe, and the startup working culture, have not become mainstream yet.”

Others working within the South African startup sector say this fear of failure – whether it is attributable to embarrassment, the financial impact or the shattering of egos – is in fact stopping young companies from becoming the successes they could become in the first place.

“Fear is a major driver of halting business startup,” said Marc Elias, chief executive officer (CEO) of Johannesburg accelerator programme Seed Engine. “We don’t have a society that supports failure, nor does it praise those that try. It’s sad.”

“In other cases, South African startups tend to fail too slowly sometimes. “Back to the drawing board” conversations are often avoided until it is too late. This has an impact on the amount of second time entrepreneurs out there. Often failure leads to “getting a job elsewhere”. It’s also pretty sad, especially when you consider the high level of talent South Africa boasts, which is far beyond any other African country in my opinion.”

Startup founders agree with Elias that South African culture does not in any way celebrate or even condone failure in the same way as Silicon Valley does.

“Failing as a business is not something “celebrated” in this country,” said Wayne More, who co-founded The Massive, which failed, and has since moved on to co-found QuicklySign.

“In the international startup community, failing is understood as a part of growth and part of life in the industry. In South Africa I think failing is viewed more as a failure rather than a learning curve.”

Gakim Solomons, chief executive officer (CEO) of ApexPeak, says the fear of failure amongst startups is drummed in from an early age.

“The mindset drummed into South African kids in the schooling and socioeconomic  systems is having to be perfect, whereas in Silicon Valley and other countries you are deemed to be brave and enterprising for trying something new even if you fail,” he said.

Steve Ellis of mydoorhandle agrees the idea of publicly failing is something startups see as an embarrassment and “to be avoided at all costs”, while Ruark Ferreira at Ekaya said South African startups are “very harsh on failure” and could do with learning how Silicon Valley “encourages people to own their failures”.

More, however, senses this tendency to see failure only in a shallow, negative light is changing in the country.

“As someone who has one failure under the belt, we don’t feel like all is lost and have received positive encouragement on our new venture, so maybe the mindset is changing within the startup community for the better,” he said, adding startups needed to move towards a mentality that “trying and failing is better than not trying”.

There are dissenting voices, however, from the idea fear of failure is holding back South African startups, and even to the idea failure should be embraced in the way it is in the United States. Jess Green, who has founded UbuntuDeal and Perk, said South African entrepreneurs actually go too far to the other end of the scale.

“They don’t realise what it means to fail hard – even I don’t – and thank goodness for that. If they did, they wouldn’t start a business in the first place,” he said.

Alan Knott-Craig Jr, who failed publicly at Mxit, says though fear of failure does exist in South Africa, it is probably evident “no more so than anywhere else”. In fact, Knott-Craig takes issue with the idea that such fear is a negative factor at all. “Fear of failure is a good thing, it makes you work harder!”

“Looking at what online entrepreneurs try to bet on, what problems they try to solve, failing is part of the business. I wouldn’t say people are scared of that. That sounds so negative. Its a healthy motivator, something that keeps you working longer and harder,” he said.

Elias said the fact many entrepreneurs chose to enter full-time employment could have an unlikely side effect, in that it made things easier for investors, who are saved the task of sifting through a great mass of companies with varying degrees of success.

“It does create a filter process. The good ones that get through are great, allowing investors to cherry pick,” he said.

Perhaps the most pertinent question, amidst widespread desire to develop the South African tech startup ecosystem into another Silicon Valley, is whether the Valley is actually right to glamorise failure in the first place. Research by Google Ventures found entrepreneurs whose first business was a success had a 29 per cent chance of succeeding with their second venture, compared to the 16 per cent success rate of those that had failed at the first attempt. A 2008 Harvard study reported very similar results.

But whether failing is a good thing or not, it seems clear it is something entrepreneurs fear. For Brune, this needs to change, with South Africans urged to adopt a more “can-do” attitude in terms of becoming entrepreneurs and trying something new, regardless of the fact that, yes, it could not work out.

“I think people mean very different things when talking about failing. For the startups that succeed, I think they know that the only failure is not doing anything. Because small failures are inevitable, and the only way you learn what the customer wants.”