African Tech Deal of the Year 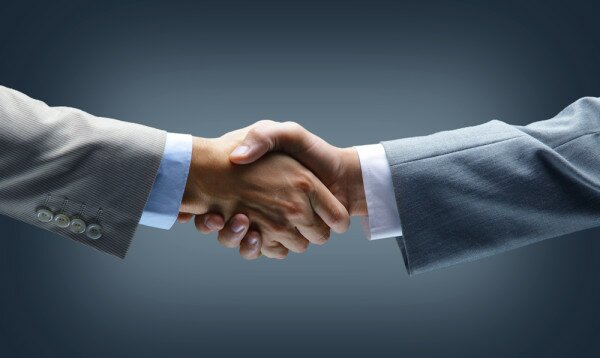 Technology business deals or partnerships give clues and insight into how a particular company or set of companies have been performing, and changes in ownership can have big effects on the market and the consumer. The HumanIPO team picks its top deals.

Gabriella Mulligan: Nokia shareholders in November voted in favour of the sale of the company’s devices and services section to Microsoft, at a price tag of US$7.36 billion.  Microsoft is also granted a 10 year non-exclusive licence to Nokia’s patents. The sale is likely to conclude in early 2014 – currently awaiting regulatory approvals – with approximately 32,000 Nokia employees expected to transfer to Microsoft. The deal sees the Windows Phone platform united with its biggest hardware supplier, and paves the way for Windows Phone/Nokia devices to take over the African market, in which Nokia handsets have proven popular to date. With the Windows Phone platform already being touted as a favourable solution for African markets – under Microsoft’s 4Afrika initiative – and Nokia producing a range of low-cost smartphones suited to lower-income environments, the deal sees the beginning of a potential African market titan.

Richard Cutcher: As news broke that MTN had invested US$75 million in Amadeus Capital Partners, a technology fund targeting emerging markets, at first it appeared Africa’s best-known telecommunications brand was giving something back to the industry it profits so immensely from. However, after interviewing the managers of the fund, HumanIPO established MTN is more interested in taking advantage of the growing mobile sector by boosting foreign ventures to serve the African industry rather than any of the continent’s talented developers and entrepreneurs. As a single indicator of the stupidity surrounding moneymen of African telecommunications, this was surely the ‘African’ tech deal of the year.

Paul Adepoju: 2013 was quite remarkable for several of Africa’s tech companies which is why it is quite difficult to choose one. However, MainOne’s multimillion dollar deal to expand broadband in West Africa is quite outstanding, because of the impact it will have on the nation’s tech sector.

Tom Jackson: It may not have happened this year, but it has emerged that France Telecom paid much less than the asking price of US$57million for Dubai private equity company Alcazar Capital’s 11 per cent stake in Telkom Kenya, while the government had its shareholding diluted to 30 per cent from 49 per cent. The Orange Group is seeing large growth in customers in Africa, and may have got itself a bargain in Kenya.

Nanine Steenkamp: Canadian tech company WeWi’s decision to firstly reach out to African governments with the launch of the world’s first solar-powered laptop has been admirably apt. The acknowledgement of the continent’s need for tech equipment as playing a vital role in education while taking into consideration its infrastructural challenges makes it a remarkable move.

Selipha Kihagi: StarTimes Media and Equity Bank’s deal for a six-month installment plan, allowing Kenyans to access soft loans of up to KSh5,000 (US$58) to help them buy approved digital television set-top boxes. The deal enables the bank’s customers to acquire either a StarTimes Free to Air set-top box or the pay-TV option.

With the digital migration in Kenya taking effect soon, the deal will help citizens who may have a problem accessing instant cash to purchase the decoders, and with Equity Bank being among the few banks in the country offering services to small income Kenyans, this will help a lot.