Africans should use technology to innovate and solve problems 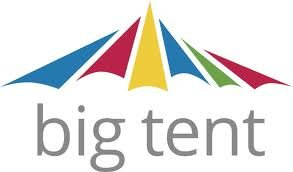 The myriad of African problems can be solved by using technology to innovate, according to attendees at the first Sub-Saharan Africa Google Big Tent.

Carrim said: “The more people are online, the more successful our e-commerce sector will be.”

Participants were shown various examples of African entrepreneurs making the most of the opportunities provided by the internet.

Chike Maduegbuna, of Afrinolly, showed off his platform for delivering African creative content.

Robinson could not find a programme to help him with filing his taxes, so he built one himself.

It was also brought to the attention of the participants that exchange controls were contributing to South Africa being an unattractive investment climate for venture capitalists, dampening the technology sector and driving some of Africa’s greatest innovators out of the country.

Justin Stanford, of Silicon Cape and 4Di Capital, urged government to remove those bottlenecks to let technology startups thrive, while Vint Cerf, Google’s chief internet evangelist, reminded the audience that the early development of the internet relied upon close collaboration and support by government.