Broadcasters could be made to pay multiple licences 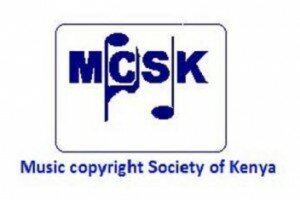 Companies broadcasting in multiple countries might be forced to acquire multiple licences to ensure a trickle down of fees.


According to Maurice Okoth, chief executive officer (CEO) of the Music Copyright Society of Kenya, such a step will ensure large multinational compnies help the sustainment of licensing agencies in the countries they broadcast.


The action, he said, could lead to more expenses to broadcasters, but they could be negotiated among licensing agencies in the country of uplift of signal.


“The two agencies can come on an agreement as to how to share the fees with one of us collecting the whole amount.”


There is however a concern that such a move would dampen the growth of local content with broadcasters seeing an increase in their expenses.


Okoth was quick to say that there is no operation of the same at the moment, though it remains among the choices being explored by the licensing organisations.


Okoth was speaking at the Broadcasting, Film and Music Africa conference in Nairobi, where issues of exclusive rights versus equitable rights for performers were discussed, so that artists and those involved in production can reap the most out of their works.